Are Esports Really Sports? Here’s What You Need to Know

Despite the word “esports” having “sports” right in the name, there’s still a commonly held belief that esports are not, in fact, a sport at all. But why?

While esports have a lot of similarities to traditional sports like football, soccer, and basketball, it’s appearing to miss one thing: movement. Physical activity. When you see the top League of Legends competitors fighting to become the World champions, they’re sitting at a desk. The best Street Fighter players in the world are staring at a screen, a fight stick in their lap. They’re stationary. They’re not running, punching, throwing, kicking…

That’s one of the big reasons the International Olympics Committee is having such a hard time accepting esports as a possible Olympic event. Even after spending time at conferences and summits attempting to understand the rapidly growing competitive gaming industry, the IOC can’t seem to get past this simple concept: Olympic athletes are revered for their peak physical performance.

"I think as it stands right now, the way esports is, I don’t think it completely fits into the Olympics," three-time world champion BMX competitor Sarah Walker said in an interview with Inside the Games. "The main difference for me is if I want to practice any Olympic discipline, if I wanted to try one of them, I actually have to go out and do it. I have to be active. Where gaming is right now, if I was inspired to be a gamer, my first step is to go home and sit on the couch."

This is, of course, not all it takes to be a professional gamer. Especially not one at the highest level. But can esports truly be considered a sport if the competitors aren’t pedaling? If they aren’t jumping off dirt piles on a bike?

Are Esports a Sport?

While the International Olympics Committee and some of the event’s top athletes may be weary of esports, the fact is that competitive gaming is very much a sport, just not in the traditional sense.

Even though there’s no ball and no running, Dota 2 players are just as much an athlete as Walker or any other gold medalist. If there’s anything the Olympics have taught us over the years, it’s that peak performance comes in all different forms and that they are all worthy of celebration and admiration. Esports is no different. 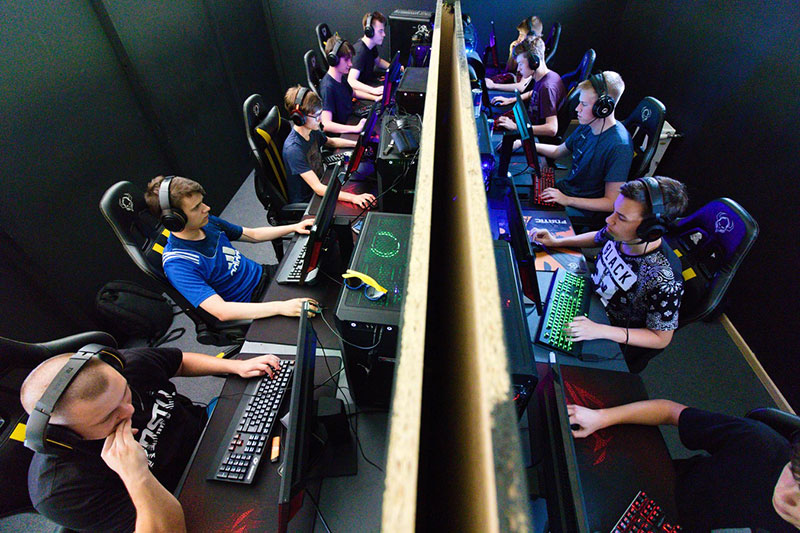 Sitting on a couch will get you nowhere in competitive gaming. Professional gamers are usually a part of an organization or team, meaning they often live in a gaming house or frequent a training facility. The purpose of a team living together is to not only help them create a bond, but to make it easier to practice. Every. Single. Day.

It’s common knowledge in the esports community that pro gamers will practice - or scrim - with their teams for up to 10 hours a day. Practice includes competing against other high-level teams, studying previous matches to find areas of improvement, and analyzing their opponents’ playstyles and strategies. Just like traditional athletes, pro gamers have a coach who guides them through these practices. And just like in traditional sports, the coaches and managers oftentimes feel an immense pressure to perform.

In the Overwatch League’s inaugural season back in 2018, the Shanghai Dragons often made headlines for being the worst team of all time. They had a 42-game loss streak, winning zero matches during that entire season. In response to backlash from fans, the Dragon’s former manager revealed that the squad was trying as hard as they could to win at least one game for their following. To do so, they were practicing up to 12 hours a day, boasting a rigorous and controversial 72-hour practice week.

While this extreme schedule was frowned upon by the esports community, it shows just how dedicated teams are to their game of choice. The tournament and training schedules are often so intense that some players retire after only a few years playing competitively, choosing to stream or quit playing entirely instead.

“You try sitting in front of a computer for anywhere from 10-15 hours straight, doing the same thing over and over again, trying to improve on that craft, and let’s see how you handle it after nine weeks straight,” said Team Liquid’s League of Legends manager, Michael Artress. “It’s actually a lot harder than people think.”

To stay healthy enough to handle this pressure and intense practice, esports pros are utilizing the team’s personal trainers when they’re not scrimming. In order to stay fit enough to compete, teams often maintain a consistent gym routine. Sound familiar? If physically and mentally training to be the best isn’t what the Olympics is all about, I don’t know what is.

Top esports athletes have physical advantages to the casual player

Just like a woman jogging with her dog at the park could not come close to Caster Semenya’s pace, a couch potato who happens to enjoy screaming at his Fortnite duo partner would never be able to compete with an esports professional. These are players that, through practice and genetic advantages, are above and beyond the norm.

A study by Nikkei found that esports athletes see the game differently than a casual player. While comparing Japan’s best Call of Duty: Modern Warfare player with an amateur player, the study outlined just how different both players utilized the screen in front of them. The casual player’s eyes darted around the screen, taking in everything. Meanwhile, the pro player stayed focused on the center of the screen or on exact areas where he knew an enemy would be thanks to years of practice and a natural ability to multitask beyond the norm.

But it’s not just their trained eye movement that makes esports athletes superior to the casual player. In 2016, Froböse concluded that professional gamers were “real athletes” for a variety of reasons he compiled at the end of his five-year study.

"We were particularly impressed by both the demands placed on the motor skills and their capabilities," Froböse said "The esports athletes achieve up to 400 movements on the keyboard and the mouse per minute, four times as much as the average person. The whole thing is asymmetrical, because both hands are being moved at the same time and various parts of the brain are also being used at the same time." 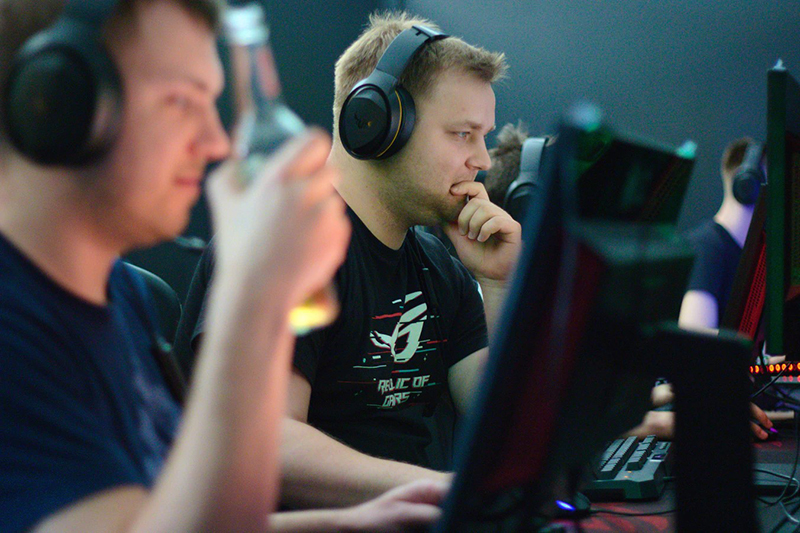 In fact, this incredible hand-eye coordination is more than he’s observed in any other sport, traditional or otherwise. Impressed by their athletic capabilities, the German Sports University conducted further tests to test the stress hormone cortisol.

"The amount of cortisol produced is about the same level as that of a race-car driver," Froböse said. "This is combined with a high pulse, sometimes as high as 160 to 180 beats per minute, which is equivalent to what happens during a very fast run, almost a marathon. That's not to mention the motor skills involved. So in my opinion, esports are just as demanding as most other types of sports, if not more demanding."

Whether you’re more interested in watching League of Legends or figure skating, it’s our view that there’s no denying that esports are a sport. While it may not be in the traditional sense, pro gamers competing at the highest level are not only more physically capable than their peers, but practice more. You know, like an athlete.

Pinpoint accuracy, problem solving, communication, and teamwork are all mandatory skills for young players looking to impress top-ranked organizations. And once they’re scouted at a college tournament and signed to the big leagues, it’s all about training, training, training to be the best. The fact that this last paragraph can be used to describe an NBA hopeful or Overwatch League’s next big star is more than enough to prove that esports are, indeed, a sport. Sitting or not.

Related: How to Invest in Esports

Esports took a significant step forward in 2020, both in terms of increased engagement and growing acceptance as part of the broader sports ecosystem. With regards to the latter point, the coronavirus pandemic briefly resulted in a shutdown of traditional sports. During this period, many sports viewers turned to esports as an alternative. ESPN broadcasts included League of Legends, NBA 2K, and F1, setting new records for linear esports TV viewership. Importantly, these mainstream broadcasts introduced competitive gaming to an entirely new audience. Insofar as a percentage of these fans continue to engage with esports content, growth for the industry will have been pulled forward.

While traditional sports have since returned to action, esports and streaming have continued to grow. Twitch reported a record 1.7 billion hours watched in November 2020, while YouTube Gaming announced it had surpassed a remarkable 100 billion hours watched in 2020. League of Legends Worlds 2020 also set a new record, achieving an average minute audience of 23 million.

Over the longer term, we expect younger generations' affinity for esports and gaming more broadly to result in an increasing share of the media and entertainment market.