Answer: They're the future, but the future might be a series of fads.

Battle royale games—those games where players battle to survive a last-player-standing elimination match in an ever-shrinking field of play—are going to be a major part of the games landscape for years to come. The question of whether they will be a major part of the esports landscape is still uncertain. No less than the design director of Call of Duty, David Vonderhaar, recently told fans that the series' own battle royale mode, Blackout, "is not competitive multiplayer". He said this in spite of the fact that Black Ops 4 and the Blackout mode have both been very well-received, with Black Ops 4 topping the 2018 sales charts (via NPD) and charting a sharp uptick in PC sales (according to Activision-Blizzard COO Coddy Johnson on the Feb 12 earnings call for Q4 2018 results). 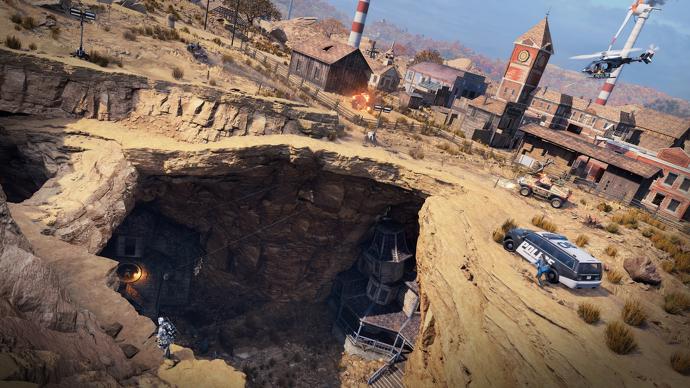 But is Vonderhaar just being a cautious skeptic here? Consider two other significant developments within the battle royale space that happened in the days following his statement. First, Electronic Arts released—with almost no fanfare or advanced marketing—Apex Legends, a battle royale game set in the Titanfall universe, an IP which has never enjoyed anything like the blockbuster success of Call of Duty. Yet Apex Legends was an instant hit. Within a week, developer Respawn Entertainment was touting a player base of over 25 million players and 2 million concurrently-playing users over its first weekend.

Then another bolt-from-the-blue struck when Nintendo announced and immediately released the free-to-play Tetris 99, which somehow combines the last-player standing tension of the battle royale genre with, well, Tetris, the falling-block puzzle game people have been playing for thirty years. While Nintendo has not released figures for the game's performance thus far, it bears all the earmarks of a major success: busy servers, full games, and tons of media coverage. Just as important, it marks a new approach by Nintendo at enticing players to sign-up for Nintendo Switch Online, it's $4 per month premium program. 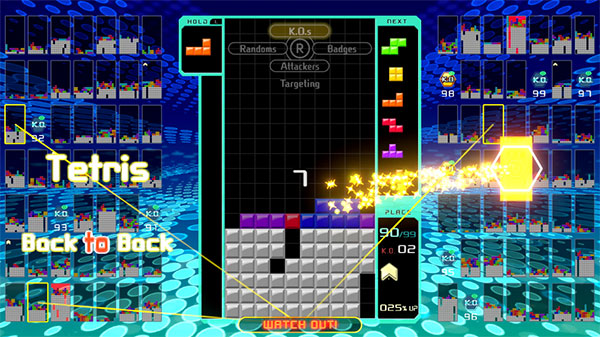 On the one hand, all of this is a clear sign of the dynamism of the battle royale. In just a couple weeks in February, the genre was turned on its head and two of the most exciting games were ones that nobody had even heard of a few weeks earlier. On the other hand, this wild February also underlines the faddishness that typifies the genre. The traditional, competitive modes of Call of Duty have endured for a decade and helped the series maintain its position at the top of the industry. By virtue of that longevity, they've also formed a stable basis for Call of Duty esports. Can anyone have the same confidence about any of the current leaders of the battle royale genre?

It's also worth noting that some of what Fortnite maker Epic Games has done to promote their game and keep the experience novel and exciting for its audience has run directly against what are considered "best practices" for a competitive game.

Consider the incident that marked the finale of competitive Fortnite in 2018: During the North American Fortnite Winter Royale, theoretically one of Fortnite's capstone esports events, an update for the game introduced a magical sword called the Infinity Blade. It was so incredibly powerful that it immediately upended Fortnite's design and balance. In the middle of a major tournament, the game's best and most dedicated players found themselves playing a game that bore little resemblance to the one they had trained and prepared for. Without too much exaggeration, it was like allowing a football team to use a bulldozer during the Super Bowl. Days later, Epic announced they would be removing the weapon from the game.

It was not the first time that Epic had upset players by radically changing Fortnite, and it is likely not the last. While better communication might mitigate some of the issues caused by the Infinity Blade's unceremonious introduction, that won't resolve the tension between Fortnite as a competitive experience and Fortnite as a recreational experience. Fortnite thrives on novelty and change that keeps players coming back to see how the experience is evolving, while also being a fun, low-pressure way to play a game with and against friends. Some of that might irritate more competitively-minded players, but it's also contributed a title that remains the most-streamed game on Twitch and one that still, even in the face of a new challenge from Apex Legends, enjoys an average of 137k viewers even in the absence of major competitive play (via TwitchTracker). The financial success is harder to assess, given that Epic does not release information about Fortnite revenue, but Nielsen research firm SuperData put it at $2.4 billion. It was a bright spot in a challenging year for Epic's biggest investor, the Chinese giant Tencent, which has not yet been able to bring Fortnite to the Chinese market. 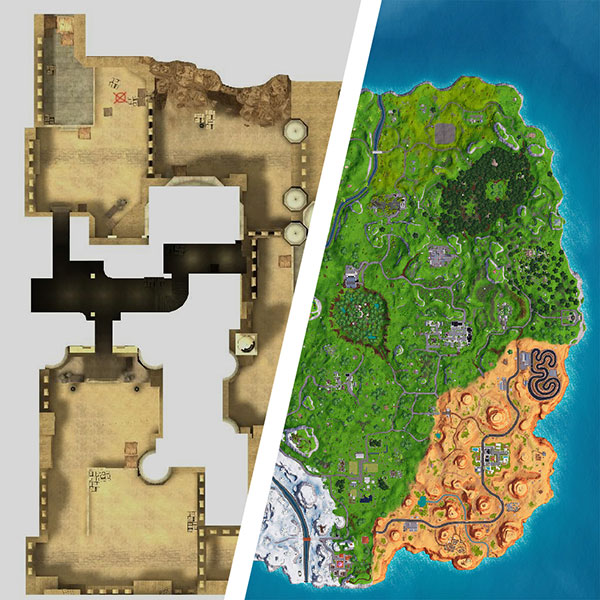 Traditionally, the biggest esports have centered on a few popular, stable games that new generations of players embrace, and reinvent via their own growing skill and insights, as we have seen with traditional sports. That's certainly the Counter-Strike model: the game being played on stages around the world today is still recognizable as the one people were playing at small LAN centers and convention halls in the early 2000s. Those excited about the rapid explosion of battle royale games should not look down their nose at this older model: Counter-Strike remains one of the most widely-streamed and watched games on Twitch almost seven years into its life cycle, with an average viewership of around 55k (via Twitchtracker). These are not games that change a great deal from month to month, yet they have become an enduring pastime for their players.

Battle royale games don't have that history yet. In many ways, the entire genre has formed in large measure as an alternative to the kinds of traditional competitive shooters that have dominated the space for decades. They are lower-intensity and more cooperative than a lot of popular competitive games. For now at least, a lot of this audience is about chasing the "new thing" at the expense of the old, with Player Unknown's Battlegrounds now having fallen far behind Fortnite and Apex Legends in terms of Twitch viewership, despite a relatively recent content expansion. Even here, however, this is only a very relative failure: PUBG's numbers dwarf those of Call of Duty or the surging competitive shooter Rainbow Six: Siege—both of which present themselves more like a traditional competitive game in the vein of CS:GO. 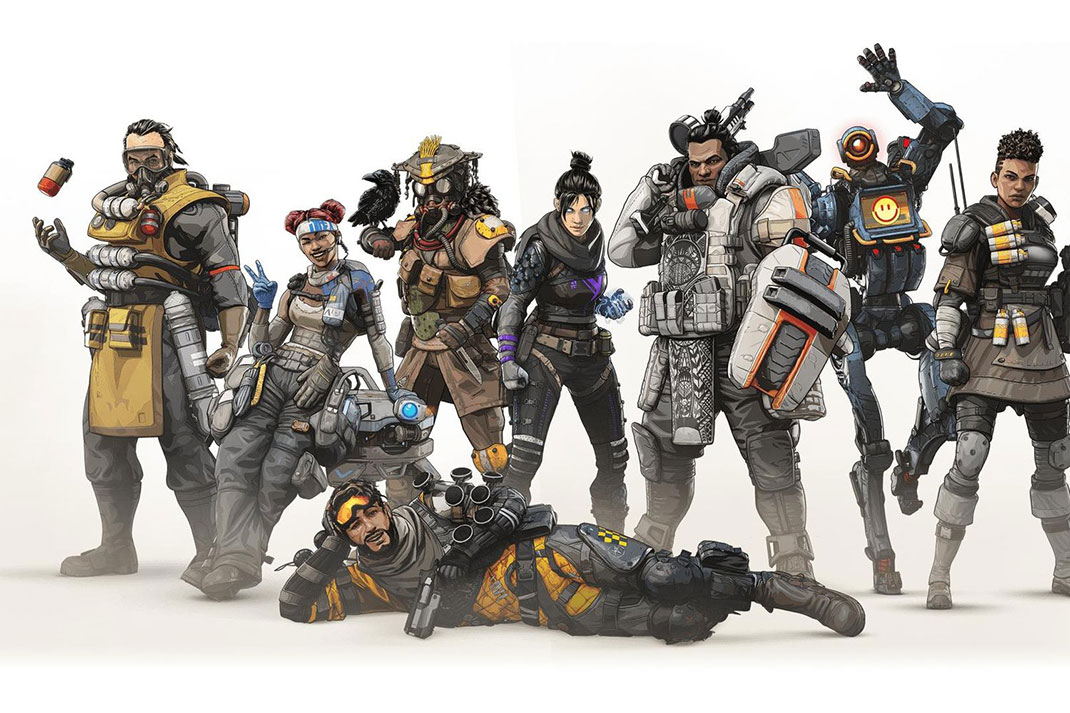 Right now, the battle royale genre is too young to have developed a mature competitive scene. Part of what makes for a strong esport is the idea that, within a roughly fixed set of rules, great players push beyond our expectations of what is possible. Will battle royale games "grow up" and form stable competitive modes that evolve slightly and slowly over time? Or will competitive battle royale games look like the market we've seen so far: "Living games" that radically reinvent themselves from year-to-year and sometimes month-to-month?